These were the steps to solve the First Flag of Attack Step. We solved this with little time left so we couldn’t try to solve the Second Part.

We have gotten information that The Bavarian have their own authentication system, which allows through their firewall only those who manage to pass their sophisticate handshake, leading to the group’s private News System. There are also rumors that they manage their botnet through a control panel located in their internal network, and that they have control of a very important Russian computer. We must try to access this machine/victim, directly in the currently logged user’s screen. Help us in this long and complex mission!

We figured out there is a Control Packet that is sent to a random port. It’s fundamental to understand that handshake.

This challenge’s steps include:

The first step was to connect to a remote port.

When connecting to this port one message was returned saying that my IP was not inside the servers.*.bavarian.world domain.

I asked the guys from my team and they already had cracked this.

Marzano and ShrimpGo found out the bavarian.world domain was free and it was possible to configure an A DNS record to our IP in afraid.org. 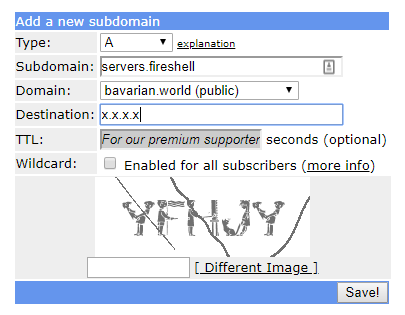 Shrimp used a server on Scaleway and it was easy to configure a reverse lookup, as shown here: https://www.scaleway.com/docs/how-to-configure-reverse-dns/

(I tried the same with Google and Amazon but it failed. Both need you to own the domain)

With the server configured, the nc worked and this was shown:

Code typed, message of authentication failure received. So, we needed to understand how the handshake works.

The operator changed randomly from xor to mod and the number was apparently random too.

These two guys saw that a lot of SYN packets were being received by the server after the control packet. All the communication can be see below: 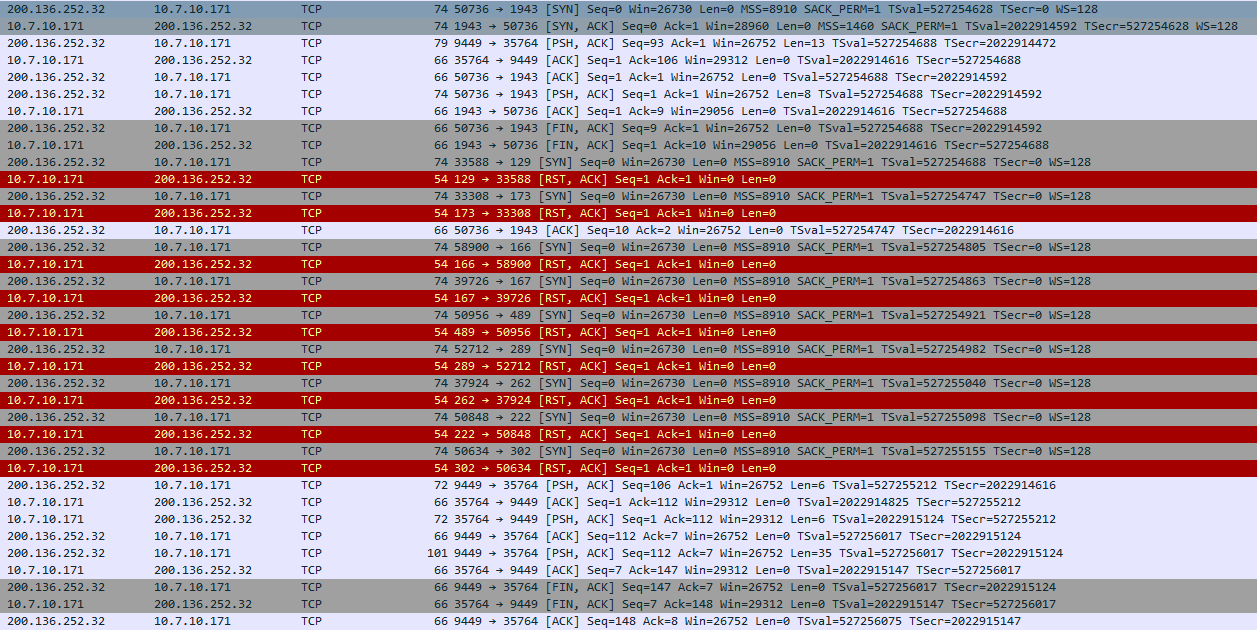 Here I started to try to decipher the handshake together with Marzano and ShrimpGo and we failed for several hours. They already had a script with all implemented, including the sniffer for the SYN packets. I tried to concat the ports, sum all, xor/mod after sum, xor/mod after concat… Nothing.

Early in the sunday I woke up and I saw a hint:

All made sense to me after this message. I saw 9 SYN packets that were received and sometimes (when the control packet was mod) it was easy to distinct the two groups of 4 and 5 characters. I tried to xor the first 4 ports and the Code word showed up. And then the only guessing part of the challenge showed up.

xor’ring’/mod’ding’ the last 5 bytes and converting them to ASCII didn’t work either because some bytes got more than decimal 255 and could not be converted to ASCII. I asked the admin and he told me to not convert the last parts. The first 4 we converted from byte to text, the last 5 converted from the byte to its decimal format. Different conversions for the two parts sounds guessing to me.

Authentication completed, the firewall opened for us.

(below is an idea of the script’s output after running it, as the service is unavailable at the time of the write-up)

The finished script for the handshake:

I ran nmap on the IP and the port 22 showed up.

(The first time I ran nmap only the port 65222 showed up and I spent some time on this. It was the management port of the server :P)

I connected to port 22 and the system asked the input of an IP address to send the news:

After inputting the IP address, the connection was kept stablished for sometime but closed with no further info. I ran tcpdump to see if they were connecting on us:

As I thought, they are connecting to another port. In this case, 6201. Let’s listen to this port to check what data will be received:

What is this l? Maybe it is expecting another text? But what? Looking into the packets saved with tcpdump I found these bytes:

Nice! But… How to publish X11 to the world? While I was trying to install Xorg on the cloud Adriano shone again.

Great! I didn’t even know about Xvfb. Now I know Xvfb is like a normal X server, but using a virtual memory instead a screen output. In the middle of the CTF I was calling it X simulator. :D

I needed to ask Xvfb to listen to tcp, as it is disable by default now. Here I started to use another server to segregate duties and to not be confused in the middle of the CTF:

Xvfb listens on port 6000 by default, and the challenge server was connecting to 6201. Without enough time to study how to change the port, I created a NAT rule on iptables to make it easier for me:

Lots of packets were captured - quite different of the single one packet captured when netcat was listening - so this worked, I think. Now, how to extract images from the capture file?

As I did not find on Wireshark nothing ready to extract X11 images I analyzed the full pcap. I found nothing relevant besides a command that the challenge server wrote (xview file.jpg, I think). I searched on Google and found a tool named Chaosreader that could help me. However, it didn’t work for me.

And then I thought: maybe I can take screenshots of a X server. I read some articles and tested some commands until I found one using ImageMagick:

I wrote a bash script to run it every second, for 100 seconds:

A lot of screenshots were taken (most of them black screens). And then this image is shown: 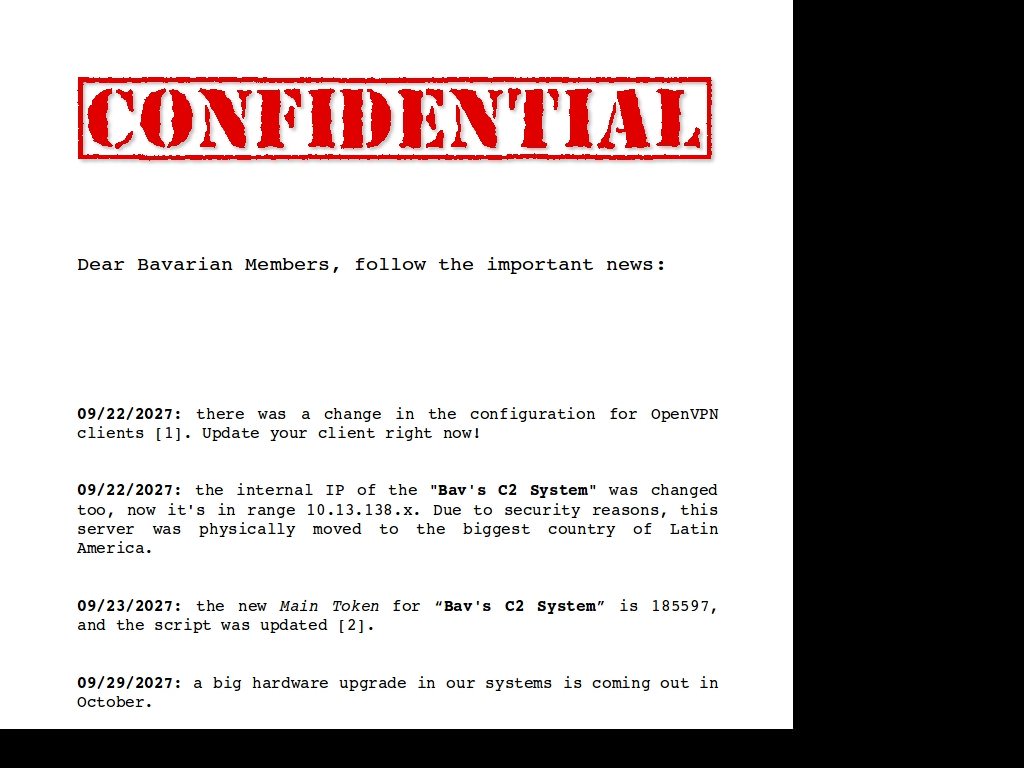 Ok, but WHERE IS THE GOD DAMN FLAG???

Oh, maybe the screen is to small for the image…

I changed my Xvfb command and captured the screenshots again. 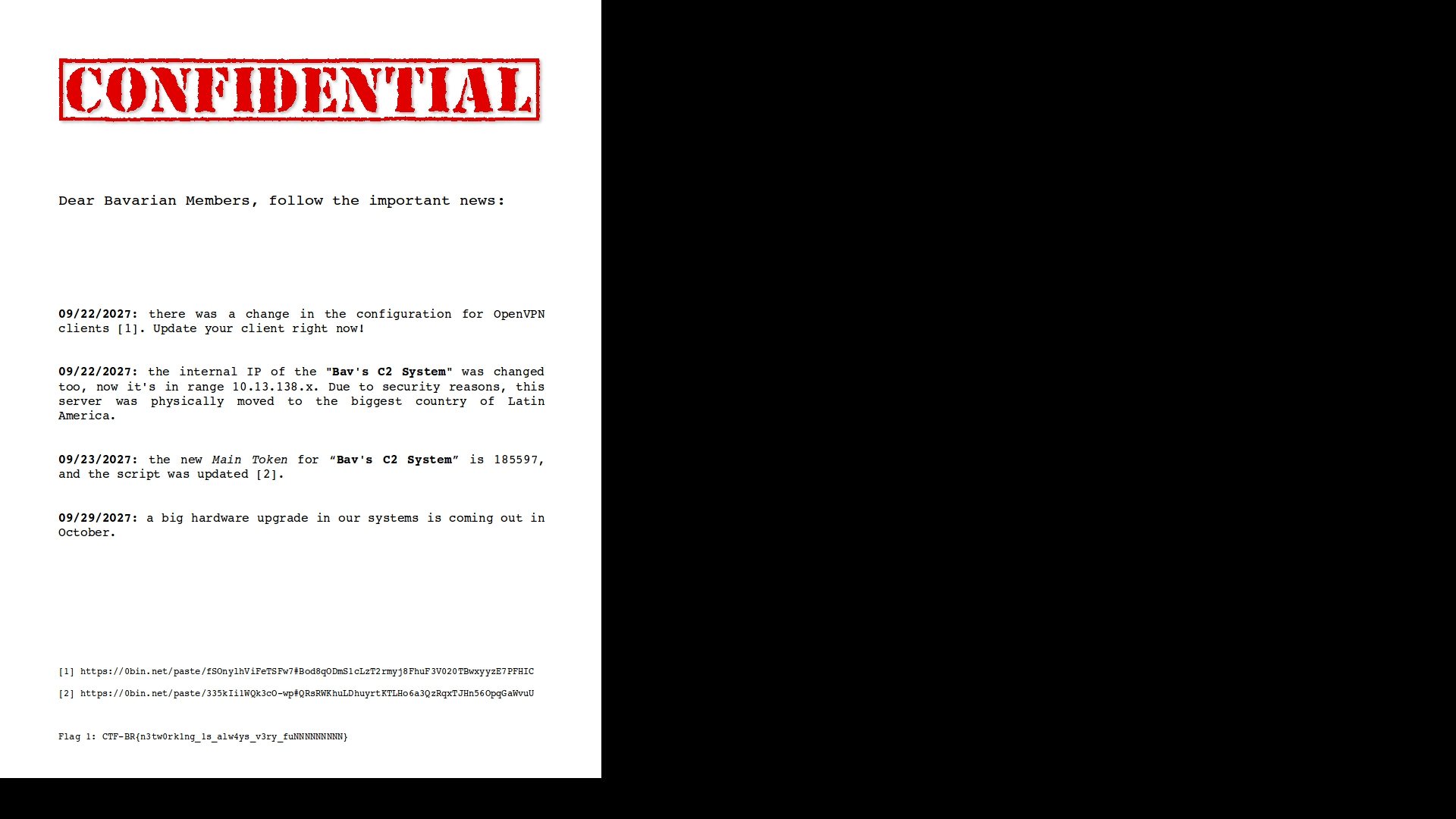 Here is it… finally! The flag was at the bottom of the image, so a small screen would not show it.

And thank you, FireShell. Our team work is awesome!